When You Pitch An Idea Gestures Matter More Than Words 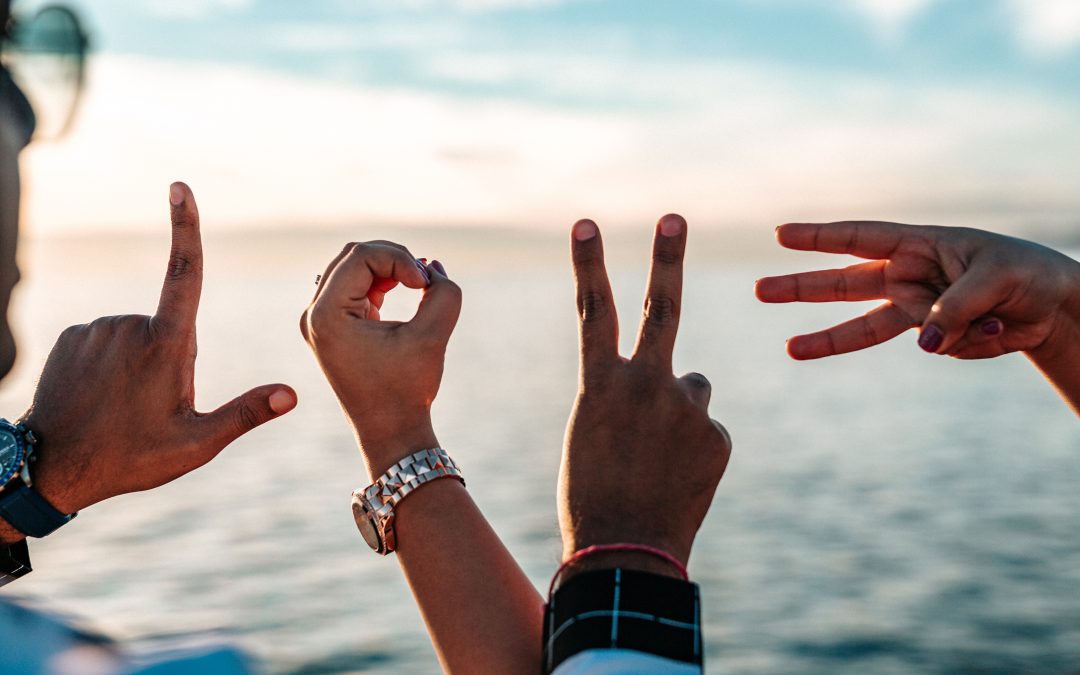 Joep Cornelissen of Erasmus University and his team asked experienced investors to watch a video of an entrepreneur pitching a new device. He did four versions of the presentation: One used a lot of figurative language; one included frequent hand motions; one deployed both; and one used neither. People who saw the video with only the frequent gestures were on average 12% more interested in investing. The conclusion: When you pitch an idea, gestures matter more than words.

Cornelissen: We did find that gestures were a really important way to get investors to buy into a fictional device that helped people recover from sports injuries. When the “entrepreneur”—an actor we’d hired—used his hands to explain the idea, investors were more interested in it than when he described it in straightforward technical terms or with metaphors, analogies, and anecdotes. Gesturing had a more direct impact than either kind of language did. We were surprised that the findings were so clear, given the emphasis on the use of rhetoric and storytelling in venture pitches and other kinds of persuasion. We tend to overlook nonverbal communication, but it seems to be critical.

HBR: Why would investors be so swayed by gesturing?

The data suggests that the hand motions gave them a better sense of what the product would look like and how it would work. The unfamiliar idea was made more concrete. We think this kind of information is especially important in uncertain, high-stakes contexts like pitch meetings, where investors are looking for a variety of cues that will help them evaluate ideas’ potential.

Or maybe people who gesture a lot seem more charismatic and therefore worth investing in?

Studies have certainly shown that gestures can convey excitement and make investors attribute more passion to entrepreneurs. But we found that gestures communicate more about the business ideas, too. When we surveyed the investors who’d watched the pitches, we found that people who’d seen the gesturing version were more likely to say they had a good understanding of the new device.

Are certain kinds of motions helpful? I often talk with my hands, but I’m not intentional about it.

Most of us gesture all the time, sometimes unconsciously, though this varies from culture to culture. Generally, without noticing, we make a lot of “beat” gestures: repetitive motions that mark the rhythm of our speech. We use “cohesive,” or speech-structuring, gestures to indicate the start or end of a sentence or points we’re going to make. There are also symbolic gestures that convey information. You can use your hands to reproduce the form of an object, point to a prop, describe a movement, or even express a feeling. We identified and coded all these kinds of gestures in a qualitative field study analyzing 17 actual entrepreneurs as they pitched ideas. Then we instructed our actor to make certain motions in his videos, such as sweeping his hands out to represent the growing market for the product.

Too much gesturing could be off-putting, making the pitch more of a pantomime.

Should everyone add symbolic hand movements to pitches?

If you can be strategic and find one or two killer gestures that really mark your ideas or where you are with a venture—or that clarify what the product or service is about—that could do wonders. And just as you would rehearse what you’re going to say, you should practice your body language. We’ve seen lots of tech entrepreneurs coming right out of university who just stand behind the lectern and give very dry, technical pitches, without any hand movements at all. These don’t stand out as much as pitches by skilled presenters who gesture frequently.

How can you teach yourself to be good at gesturing if it doesn’t come naturally?
Being attentive to how other people do it skillfully is a first step. Many politicians have started to use knuckle-pointing gestures—with the index figure curled—as Bill Clinton and Tony Blair do to emphasize points in speeches. Try out a few gestures and see which feel most powerful and authentic to you. Then, through repetition, you can train yourself to make them a natural part of your communication style.

Couldn’t all the gesturing backfire? Might people find it distracting?

Too much could indeed be off-putting, making the pitch more of a pantomime. But this doesn’t happen in most pitches. Even when entrepreneurs use a lot more gestures than normal, if the motions are aligned with the speech, they do work.

Still, we don’t want to overemphasize their effect. In our study we were asking general investors, who had no medical-device expertise, to evaluate the pitch, so they were probably keen for any information that could help them understand the product. In a real-world setting, they’d do further due diligence; a pitch isn’t the one and only moment that determines whether people put money into a venture. But it can either move them away from an idea or make them want to explore it further. What we measured, first with the professional investor group and then with students playing the role of investor, was intention to invest, not an actual handover of cash.

Why did you also look at students?

While our focus was on seeing what made a pitch effective with investors, we wanted to see if we could replicate the findings with another sample, and we did. But we found an interesting difference: Though investors didn’t seem to be swayed by how something was described or framed, the students were affected by figurative language. This suggests that investors primarily attend to the entrepreneurs’ physical cues and signals; they may strip away other details of the pitch to focus more on the people themselves.

What other factors influence how investors react?

We know gender does. Male entrepreneurs are much more likely to secure funding than female entrepreneurs are. Studies have also shown that investors base decisions on gut feelings about entrepreneurs and their teams. But surprisingly, no one had really explored what aspects of a pitch determine investors’ overall assessments. Teasing those apart is key. There are many other things to look at: whether people have certain objects in their hands, refer to a prototype, or take a certain position on stage.

So the next time I propose an idea, I need some gestures to go with it?

Yes—find one or two that convey the main points you want to get across. In my own classes, I let groups of MBA students pitch the same idea and then ask them to rate who was the most memorable and persuasive. They usually choose presenters who used a few gestures around their main points. In other instances, I first have students do a pitch on their own and then train them to change their story and strategically add hand motions. The whole class can then see the before and after versions and how much difference carefully crafted body language makes.